In 1826, Mary Wollstonecraft Shelley published The Last Man, a three-volume novel about a close circle of friends ravaged by global pandemic. A roman à clef, the novel is a thinly veiled depiction of her late husband (who drowned at age 29 off the coast of Italy), her sister-in-law and perhaps the most famous poet of her day: Lord Byron. While we attempted to get Mrs. Shelley to speak about the genesis of her most popular work, after Frankenstein, she sounded distracted over the phone and, well, not a little drunk. Regardless, this was a big get for the blog and we were deeply grateful for her time. 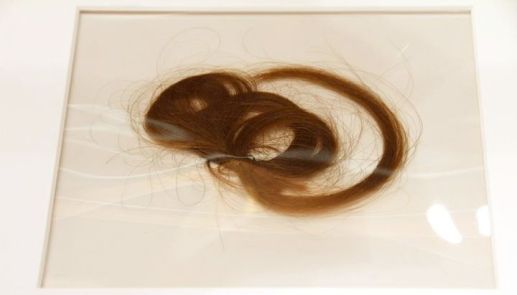 MWS: Let me start by saying you have a lock of my hair. That’s just straight-up creepy and that’s coming from me, Mary Shelley, the author of Frankenstein. I’m OG: original goth.

Preserving a lock of hair, as you know, was a custom during the nineteenth century. In Austen’s Sense and Sensibility, Willoughby cuts a lock of Marianne’s hair.

MWS: So was bear grease, used to wax men’s mustaches and beards. Let it go, already.

It was an expression of gratitude and fealty. You’re the mother of horror.

MWS: Thank you. I’d rather be the “mother of horror” than a “horrible mother.” And do not even utter the word “Austen” to me. Homegirl wrote six novels on the same damn theme: the happy marriage. Her books belong in the fantasy section, not the Classics. She was a lifelong spinster, too, so what does she know? 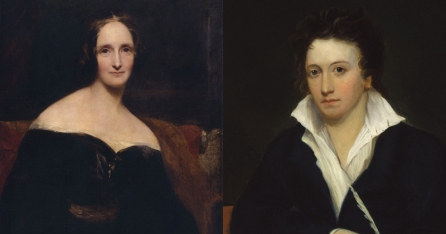 That may be true. However, you and Austen remain the most popular writers from the early nineteenth century, eclipsing all of the major male canonical Romantic writers. Say what you want about the “Big Six” Romantic authors – Blake, Wordsworth, Coleridge, Percy Shelley, Keats, and Byron – but it’s the women writers that remain popular.

MWS: My mother, Mary Wollstonecraft, pretty much invented Western feminism before dying in childbirth, so I was bound to write something important.

What inspired the pandemic tragedy that is The Last Man?

MWS: Well, apart from my traumatic birth, a close second was my marriage to Percy Shelley. When you ask for six straight-jackets on your wedding registry, you know there’s trouble ahead. Not exactly husband of the year. But no one is worse than Byron. I mean, who puts their illegitimate daughter (with my half-sister, Claire, no less) in an Italian convent only for her to die of typhus in 1822? I’ll tell you who: Byron. What a man-splainer, too.

How are you staying busy during quarantine?

MWS: Well, I’ve been dead for 169 years, so death is the ultimate quarantine. Percy likens death to a “chaste cold bed” in his poem Epipsychidion and, can I just say for the record that he did me dirty in that poem? Beyond its un-pronounceable title, he refers to me as a “cold chaste Moon.” How dare he! That’s the syphilis talking.

This interview has resurrected you, Lazarus-style, so what are you doing, if you and I had to imagine?

MWS: Mommy-blogging.  Working on a one-handed handstand. I’d work on a Frankenstein sequel but Stephen King and a million bad B-movies already took care of that, and, I might add, with a total lack of imagination. Every day begins with housecleaning. Today I’m focusing on kitchen utensils. Then I binge-watch RuPaul’s Drag Race. That show is pure fire. Fun fact: I helped a cross-dressing lesbian writer Mary Diana Dods marry a single mother, Isabella Doulgas, and flee to the Continent where they were officially wed. I didn’t just flatten the curve; I stayed ahead of it. I mean, I eloped with a married man as a teenager, so…Nice pic, btw, and thanks for visiting my grave in Bournemouth. There are three of us in there. 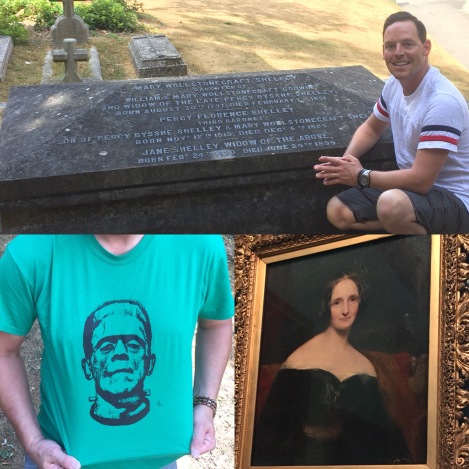 Indeed you did. In 1826, you published the novel The Last Man which is about a global pandemic in which you write: “The grand question was still unsettled of how this epidemic was generated and increased. If infection depended upon the air, the air was subject to infection…the evil was so wide-spreading, so violent and immedicable, that no care, no prevention could be judged superfluous.”

MWS: Scary, right? I wrote Frankenstein in 1818, so I had to think of even scarier scenarios. One book reviewer, in 1826, referred to me as the “authoress of that monstrous literary abortion, Frankenstein.” I freely admit that The Last Man is 100 pages too long.

That’s demeaning and indicative of how patriarchal the world of letters was during your lifetime. “Abortion”: strong word.

MWS: Whatever, it’s the “authoress” that irks me. It’s like doctor-ess or lawyer-ess or or actress. Scratch the last part. If you want to read a real literary abortion, try Monk Lewis’s The Monk. It’s not even good-bad but just bad-bad. Here’s a line, related to Good Friday: “I was much then scandalized by seeing her eat the wing of a chicken…‘how, Madona Flora! quoth I, ‘does your mistress eat flesh upon Fridays?” Major eye roll here.

We’re living it, right now. You go on: “Nature, our mother, and our friend, had turned on us a brow of menace. She shewed us plainly, that, though she permitted us to assign her laws and subdue her apparent powers, yet, if she put forth but a finger, we must quake.”

MWS: Eat your heart out, Stephen King. Oh and happy Earth Day. But, seriously, everything works out in the end, except for the global population.

People are understandably worried about homeschooling their kids.

MWS: I was homeschooled by my father, the anarchist philosopher and novelist William Godwin, so no problems there. There was no Tik-Tok, and when the candles ran out, the night was pretty much over.

There is an argument out there, however specious, that your husband Percy Bysshe Shelley wrote the bulk of Frankenstein. Your thoughts?

MWS: Haters gonna hate, you know, especially that crank who wrote The Man Who Wrote Frankenstein. When toilet paper finally sells out in stores, you can replenish with that book. What it comes down to is simple sexism. The argument boils down to this: behind every great novel written by a woman stands a man. Percy was a poet but not a prose-writer. Have you ever read the Gothic fiction he wrote while at Oxford? My margin notes read: “When is this over?” and “Make it stop.” It’s plagiarized Monk Lewis and Anne Radcliffe.

You wrote Frankenstein when you were nineteen?

MWS: That’s right. My great-great-great-granddaughter was a first year at Harvard until COVID-19 sent her home. This pandemic has ruined many young people’s chance to slut it up at college. I grieve for them. A friend tells me the hook-up apps are all chat and no action. Tough times.

MWS: We got Chinese takeout last night, so here’s my fortune cookie: “Even the longest days will come to an end.” No, I’ll quote myself and The Last Man: “One solution to the intricate riddle of life; to improve ourselves, and contribute to the happiness of others.” Full stop. 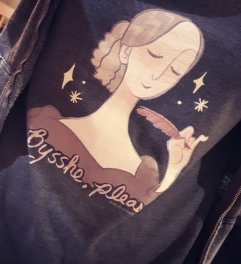