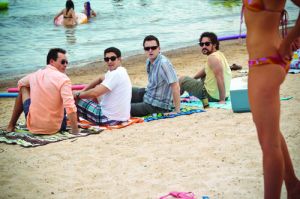 “CONTROL YOUR BODY!” barked one harried mother to her small son as she shepherded both her children through the movie lobby and toward the usher.  The parental command was strikingly apropos as we diverged, she into “The Lorax” and I into a nearly empty showing of “American Reunion,” the pathetically pointless addition to the “American Pie” franchise and asinine add-on to that 1999 original, the sequel from 2001, and “American Wedding” from 2003.  The teenage sex comedy occupies a peculiar place in the field of American movie genres.  Before there was Howard Stern on the radio, there was “Porky’s” (1982) in theatres to stoke the sexual fires of the adolescent mentality and later, its heir “American Pie” to show just one way to enjoy a pastry that you won’t see on the Food Network. 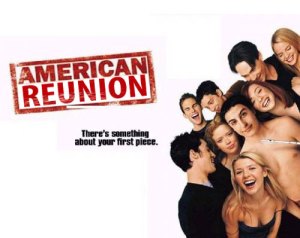 That “American Reunion” opens with the bedroom music of R. Kelley;’s “Bump N’ Grind” – “My mind is telling me no/But my body is telling me yes!” – further drove this point home, for the “American Pie” films have long exploited the pubescent struggle between bodily drives and social mores, libido and law, or put in more Freudian terms, the id and the super-ego.

Since “American Wedding,” poopy pampers and the “Real Housewives” series have put a domestic crimp in their single man’s style.  There are zero surprises in store when Jim (Jason Biggs), Stifler (an amusing Seann William Scott), Finch (Eddie Kaye Thomas), Oz (Chris Klein), and Kevin (Thomas Ian Nicholas) regroup for their 13th reunion at East Green Falls High School.   Freed from his corporate temp-job and living with his mother, Stifler toasts his friend with this: “Let’s make this weekend our bitch!”  What is surprising is that none of the main characters have matured much.  Written and directed by Jon Hurwitz, “American Reunion” doesn’t exactly develop the characters created by Adam Hertz; instead, they’ve regressed further into genital jokes and the antics of topless drunk girls.  Fortunately, there are comic veterans Eugene Levy (Jim’s Dad) and Jennifer Coolidge (Stifler’s Mom) to lend the film some sincerity.  Having his eyebrows trimmed by son Jim and daughter-in-law Michelle (Alyson Hannigan), Levy tells them: “Those caterpillars are my trademark.”

Earlier in “American Reunion,” after defecating in a cooler and destroying a prized pair of jet-skis, Stifler boasts to his 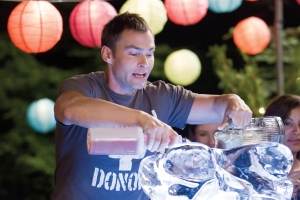 Someone needs to tell Stifler and the gang that the party’s over. 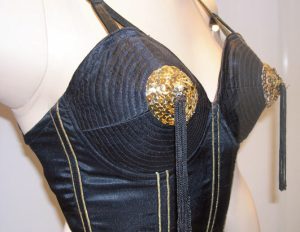 And I thought I’d have to grow old and gay

of masks, of reinvention, who likes to say:

“Just thinking about sex is sex” and whose lovers

Wilt in the shade of her gilded vanity

Until you came alone, well-versed

in Warhol and Rilke and the cold depravity

of life without dance, daring, fashion, who burst

The chastity belt that is America, every bit the Muse

She once was, singing “Vogue” and “You give me fevah,” 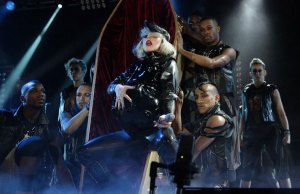