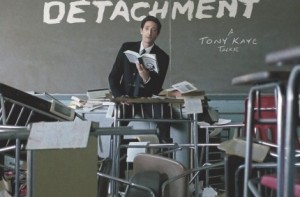 “No Sub Left Behind”

HELL ISN’T RED.  Hell isn’t rocky nor is the inferno fiery and subterranean.  Hell, as Tony Kaye’s overwrought new drama, “Detachment,” would have us believe, is a public high school classroom somewhere in the greater New York area.  Few of us need to be reminded that high school can be a hateful place, but “Detachment” provides us with one substitute teacher’s perspective on the crumbling public education system in America today.   Adrien Brody plays Mr. Henry Barth and with his Modigliani mug – the pencil-thin head and nose thrice broken – gives his best performance in a decade.  “I’m a substitute teacher,” says Henry, “There’s really no responsibility to teach.  The responsibility is to maintain order and to make sure no one is killed in your classroom.”  And he isn’t kidding.  The students in “Detachment” kick, curse, leave their bras at home, kill defenseless animals in the gym, even commit suicide in public places. 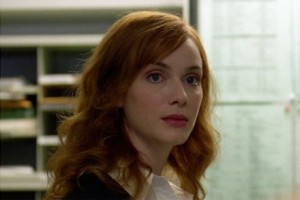 relief for fans of Adrien Brody insofar as the leading man, since winning the Best Actor Oscar in 2002 for Polanski’s “The Pianist,” has followed a career-plan on loan to him from Nicolas Cage: win movie-acting’s highest trophy – and Brody is the youngest actor to do so at age 29 – and subsequently fritter your legitimacy away on cine-trash for the multiplex.  With the exception of that comical cameo as Salvador Dali in “Midnight in Paris” – “Rhinoceros!” – Brody has gifted us these god-awfuls: “The Jacket,” “Splice,” and “Predators.”  Yet he’s the sympathetic center of Kaye’s edu-drama, informed by Marcia Gay Harden (as Carol, the school’s principal) that “you will find many of your students functioning under their grade level.”  That’s understatement.  A faculty of great actors – James Caan, Blythe Danner, Tim Blake Nelson, and Christina “Mad Men” Hendricks – aren’t just underpaid teachers but zookeepers.  In one outrageous scene, Lucy Liu flies off the handle and tells a drop-out that her life will become a “carnival of pain.”  Henry’s life only worsens after 3:15: his grandfather repeatedly wets himself in a nursing facility, confesses to incest,while a prostitute named Erica (played by a cherubic Sami Gayle) whom he generously allows to live in his apartment keeps using that apartment as a brothel.  Kids, these days!

Kaye’s screed on how used-and-abused our teachers are in this country’s public schools is tarnished by over-the-top moments and distracting bits such as first-person testimonials – who exactly is Brody talking to in these interview cut-aways? – and animated sequences in which birds fly and towers crumble.  To give us a real sense of the existential hole in which Henry lives, Kaye opens his film with an epigraph from Camus and ends with a passage from Poe in which we’re heavy-handedly told that the House of Usher is really a metaphor.  “You’ve always been so closed off,” Henry’s grandfather says of Henry’s detachment.  “Why is that?”  Beyond Henry’s opaque character, everything in this film is over attached, pedantic and like Henry’s pupils, in-your-face.   A film with big ideas but excruciating execution, “Detachment” is not so much drama but diatribe.