“You must make a new garden at what is now the back of the house; which will be giving it the best aspect in the world.” – Mansfield Park

To pick up where we left off, below is a crocodile book cover found in the Knight Collection at Chawton Library. It’s the original jacket for an apocryphal work of Austen’s entitled Crocodile Rock: A Reptilian Romance. That’s not true. What is true is that gardens behind Chawton are secret treasures and in need of volunteer gardeners. I’ve been enlisted to deadhead flowers next week, in fact. I packed a copy of Persuasion but I left my gardening gloves and hand shovel in Colorado, so I’ve created a Go-Fund-Me campaign.

To dog-ear a page in that book, you will need an actual dog ear. Don’t tell Toby! Here’s me on the upper terrace with the manor house, possibly given to a conqueror’s general after the Battle of Hastings, and the sloping south lawn, to my back. Only in England do overgrown shrubs block the sight of coat-of-arms. In the meantime, they are the ideal breakfast for the deer and pheasants that stroll the grounds when those pesky people aren’t poking about and taking pictures. Thank goodness for a walled garden, or a hortus conclusus. But before you step inside those walls, there are mulberry trees. The mulberry has a fascinating history in England due to James I’s attempt to beat the French in the silk trade. He imported some ten thousand mulberries and even ordered landowners to plant them but the result was an epic backfire: he ordered the black mulberry (or, morus nigra) but it’s the white mulberry that silkworms feed on – those fussy silkworms! – and some speculate whether the French deliberately misled the monarch. King James, rumored to have been gay, really should have known his textiles better. 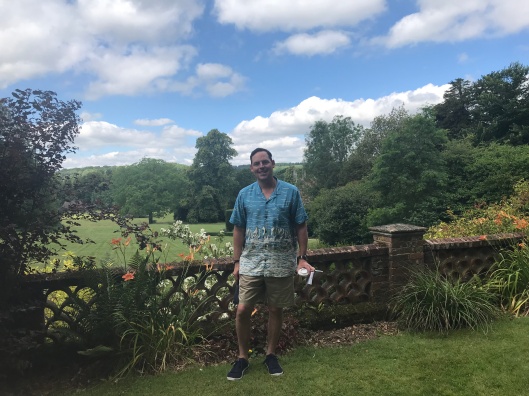 Beyond the terrace and the walled garden, you’ll enter the orchard and kitchen garden. Down the road, at the Jane Austen house, you’ll find a proper cottage with a kitchen garden right out the kitchen window but this is an manor house, and real wealth is measured by how great a distance an aristocrat can place between his mouth and all of the labor and produce it takes to fill that fat face of his. In short, the artichokes, fig trees, raspberries, cat mint, and vegetable “growers” were kept out of sight. It wasn’t until the sixteenth century that gardening became a rich man’s hobby. Even more interesting is the array of herbs that were, in Austen’s age, of great medicinal value. Wild strawberry (fragaria vesca), for instance, is still used as a diuretic and, when boiled, used against bladder and kidney problems. Have dry or itchy skin? Just try marigold juice. Remember: possible side effects include headache, nausea, nonsense and insensibility. Ask your doctor if this herb is right for you. 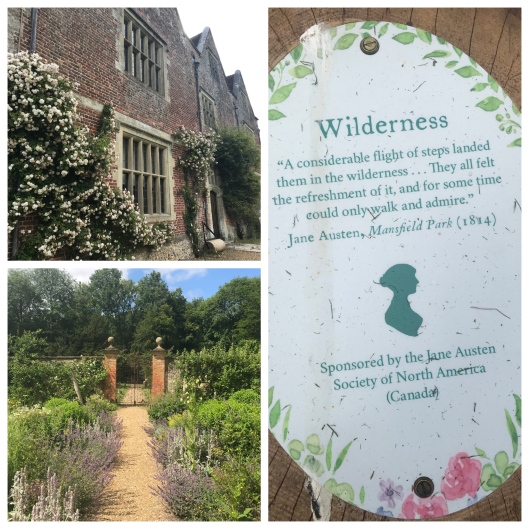 The four herb beds are marked: head, skin, chest, and digestion. (After all of the meat pies and Peronis at my favorite pub in Alton, The George, I could use the last of those right about now!) There’s a fabulous early feminist connection here as Chawton showcases the work of Elizabeth Blackwell, the eighteenth-century botanist that Linnaeus (the father of taxonomy) nicknamed “Botanica Blackwellia.” He was, after all, the king of name-calling. With his Genera Plantarum, reprinted numerous times between 1740 and 1770, the good profess or of Uppsala named more than 20,000 species on earth. Oh, they were a wild and crazy crew!