“THERE IS NO such thing as society,” Margaret Thatcher famously remarked.  There is, however, such thing as the Oscar and soon, five leading ladies – Glenn Close, Rooney Mara, Michelle Williams, Viola Davis and Meryl Streep – will get their chance to pick up the golden calf of the film-acting world.  Having just caught Streep as British Prime Minister in “Irony Lady,” I have good reason to predict that her competition, Viola Davis (“The Help”), will pick up her first gold-guy next Sunday night.  There are five reasons why, in fact, Davis will triumph one week from tonight:

Note to Oscar: help yourself and give the gold to Viola (“The Help”) Davis!

Postscript: The 2011 Oscar for Best Actress went to Streep. 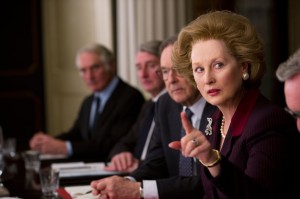